The CONTENTS procedure generates summary information about the contents of a dataset, including:

As with all SAS procedures, the DATA command (which specifies the name of the dataset) is optional, but recommended. If you do not specify a dataset, SAS will use the most recently created dataset by default.

Note that PROC CONTENTS will list the variables in alphabetical order, rather than the order they appear in the dataset. You can change this by adding the ORDER=VARNUM option to the PROC CONTENTS statement:

The screenshot below shows the output of PROC CONTENTS on the sample data file. Key elements are labeled and described below the screenshot. 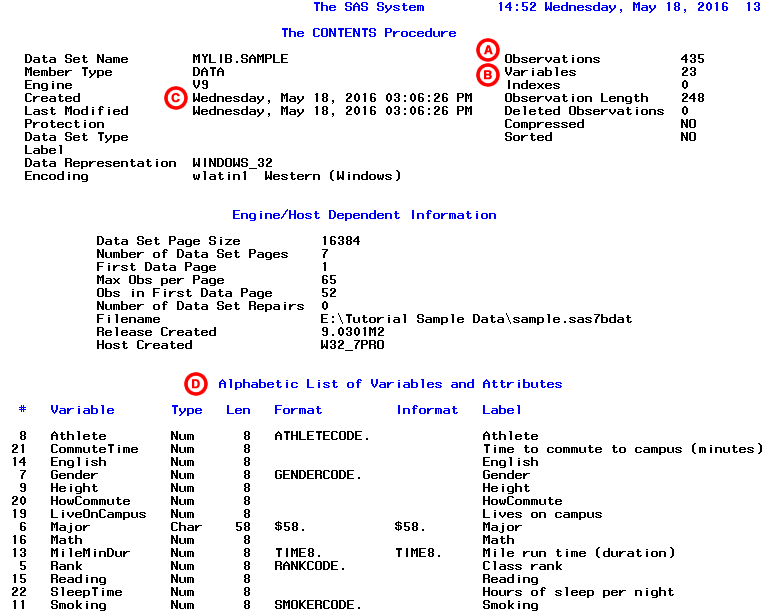 A The number of observations (or rows) in the dataset. Here, the sample dataset contains 435 observations.

B The number of variables (or columns) in the dataset. Here, the sample dataset contains 23 variables.

C The date and time that the dataset was created and last modified.

D This part of the output lists the dataset’s variables and their attributes.